It will include dissemination activities, winks to its history and the return to this environment of the Christmas ice rink.

The City Council prepares a tourist brochure, updates a book and publishes a children’s booklet to publicize the historical importance and heritage value of this green lung in the capital of Alava

The Department of Mobility and Public Space will contract the repair of the grotto of the park, with an investment of around 185,000 euros

Parque de La Florida, one of the main green lungs of Vitoria-Gasteiz, is 200 years old. And the City Council has prepared a varied program to celebrate the two centuries of this space of great historical, heritage and social value in the city. In addition, it will dress all its surroundings long. And it is that the Florida Park is one of the jewels of the Alava capital. In two centuries it has been the scene of meetings and celebrations of all kinds, festivals, dances, musical shows, velocipede races, tombolas, the tree party that took place in early spring and even rites or customs such as the ‘tree of the love’. “The Florida park is in the heart of the city and in the heart of each and every one of the people who live in Vitoria-Gasteiz”, highlighted the mayor, Gorka Urtaran.

With all this, and also coinciding with the 40th anniversary of the Basque Parliament, the first mayor of Gasteiz explained this morning that “we have designed a program that will include dissemination activities, the creation of brochures or the reissue of publications on this green environment, winks to history and even the possible return to Florida Park from the ice rink at Christmas. ” A compendium of actions in which the different Departments of the City Council have been involved in recent months: specifically, the following Mayor’s Office; Mobility and Public Space; Center for Environmental Studies; Economic Promotion; Participation, Transparency and Civic Centers, Social Policies and Culture. It has also worked hand in hand with the Ensanche XIX association, which has contributed its point of view and different ideas to enhance the Parque de La Florida and its surroundings.

These are the main proposals of this program #LaFlorida200, which can be found at the specific URL www.vitoria-gasteiz.org/laflorida200.

-Reissue of the publication ‘Florida, 200 years of history’. It is an out of print book that will be distributed again from autumn completely updated. For the occasion, the old edition has been revised, corrected and improved.

Preparation of a tourist brochure and a map to publicize the historical importance and heritage value of La Florida. Now available at the Tourist Office.

Guided tours organized by Tourism and which have been released this week.

Publication of the children’s brochure ‘A fun way to get to know La Florida Park’ that will be distributed in educational centers during the next academic year.

Visits within the programming of the Open School of Citizenship together with the CEA on July 13, 14 and 15.

Talk about the history of the Florida park included in the Open School for Citizenship.

Christmas Lighting: it is intended to make a significant effort to provide the park with an attractive Christmas setting, with lighting in the trees, which highlights the beauty of this space.

Ice rink. The objective is that this Christmas the ice rink will be installed in the Parque de La Florida, on the occasion of the bicentennial, guaranteeing the protection of all the tree and natural mass of the area. The contract document will be published shortly so that companies can present themselves and make their offer.

Grotto in the park. The Department of Mobility and Public Space plans to invest around 185,000 euros to carry out the structural repair of the grotto, which is damaged. 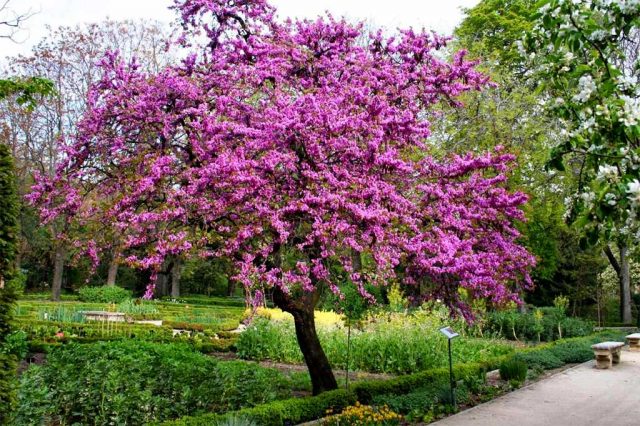 Placement of commemorative plaques and recovery of the ‘tree of love’: Plaques are going to be placed the same as those that were installed 200 years ago at the end of July. On that same date it will be used to plant a ‘love tree’ or ‘cercys siliquastrum’. This is the new specimen that will replace the original ‘tree of love’, which disappeared in 1930. This tree became famous as it favorably interceded in getting a partner, according to tradition. It was enough to make seven turns to the trunk for it. It is a large tree with a nice pink color in its leaves.

Exhibition with archive material. This exhibition will be held at the Casa de la Cultura during the last quarter of the year.

Guided visits to Parliament and conferences.

Concerts. The Municipal Music Band will hold 7 concerts in the Secret Water Garden from July 10 to 24 and from September 4 to 25.

previous
Omar Montes, Gatibu and David Bisbal will perform at an open-air festival in Vitoria-Gasteiz
next
Take a Breath in Álava

This website uses cookies to improve your experience while you navigate through the website. Out of these, the cookies that are categorized as necessary are stored on your browser as they are essential for the working of basic functionalities of the website. We also use third-party cookies that help us analyze and understand how you use this website. These cookies will be stored in your browser only with your consent. You also have the option to opt-out of these cookies. But opting out of some of these cookies may affect your browsing experience.
Necessary Always Enabled

Any cookies that may not be particularly necessary for the website to function and is used specifically to collect user personal data via analytics, ads, other embedded contents are termed as non-necessary cookies. It is mandatory to procure user consent prior to running these cookies on your website.